The key to the successful partnership between NTI and Whiteline has been the way they kick into gear when we’ve had a problem,” says Sharon Middleton. “Because when things go wrong in this industry, they tend to go wrong in a big way.”

December 27, 2007: probably no better example. Bushfires had closed the roads between Adelaide and Perth. Not long after they were re-opened, the wind changed. One of Whiteline’s drivers was lucky to escape, but on that day they lost two trailers, a prime mover and a dolly.

While official enquiries were set to drag on for many months, not so the NTI claims process. “The NTI team understood that we had enough to deal with,” recalls Sharon. “By January 8 we had payment through for the two trailers and the dolly. Two days later we received payment for the prime mover.”

After 24 years with NTI, for Sharon, this is just one more example of her insurer going the extra mile. That, and their support of the South Australian Road Transport Association. And, of course, the local NTI team’s willingness to support Foundation Shine, a not-for-profit that Sharon helped co-found in 2008. “NTI care about the people they insure,” she says. “To them it’s not just about being a number – you mean something to them.”

In fact, on the subject of caring and giving back, you might say ‘Shaz’ is a bit of an expert. If they made business cards big enough, Sharon’s would say: Director, Whiteline Transport. President, South Australian Road Transport Association. Council Member, Australian Trucking Association. Director, Women in Transport Ltd. Co-founder, Foundation Shine.

On June 24, 2013, Sharon was named the ATA’s National Trucking Industry Woman of the Year. When asked about the recognition, and how on earth she does it all, she typically deflects the focus back toward others. “Giving back to the industry and the community is vital,” she says, “because at the end of the day, the industry has made me the person that I am.” A simple truth.

An even bigger truth, and one that we’re all thankful for, is that it’s people like Sharon ‘Shaz’ Middleton who have made the transport industry what it is today.

Talk to your insurance broker or visit nti.com.au 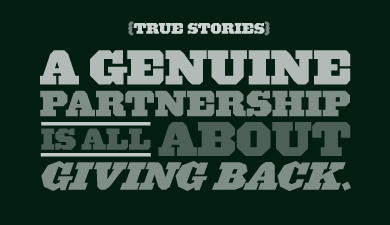 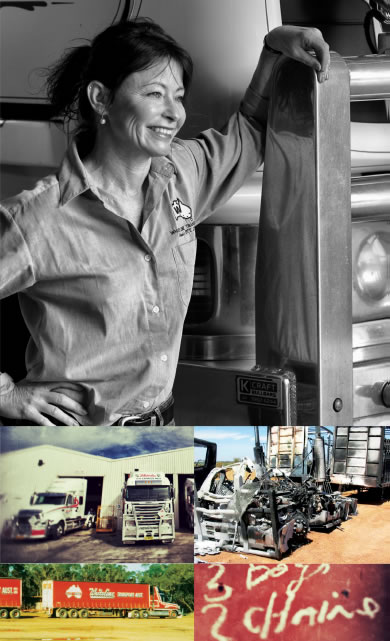